What is Egyptian Style bellydance?

What does it mean to dance Egyptian Style? How is Egyptian Oriental different from other bellydance styles? Who are the most famous Egyptian dancers? You’ve come to the right place for answers.

Egyptians call bellydance Raqs Sharqi, which is Arabic for ‘Dance of the Orient’ or ‘Dance of the East.’ They call it Dance of the East to differentiate the dance as their own rather than something imported from the West, like ballet or ballroom dancing. Raqs Sharqi is a modern style that has grown out of  Baladi  and other  folkloric forms, mixed with some elements of Western dance.

It’s important to note that the fusing of Western elements was done by the Egyptians themselves and is still authentically Egyptian. Egypt is a cultural crossroad. In its own way, the Nile valley is as much a melting pot of cultures as the United States. Other influences on Egyptian dance have come from the Romani (gypsy) people, the Ottoman occupation, and Egypt’s neighbors on all sides.

Raqs Sharqi is sometimes spelled Raks Sharki and translated as Oriental Dance or Danse Orientale. So when you see references to ‘Oriental‘ or often just Egyptian Style, this is the style people are talking about.

Here are some words and phrases that are often used to distinguish Egyptian Raqs Sharqi from other belly dance styles. Watch for these qualities in the video clips that follow:

This is not to say that sharqi can’t be powerful and exciting, or that other styles can’t be emotional or graceful, of course. But these are defining characteristics in Egyptian style.

Egyptian people in general  pride themselves on being relaxed, laid-back, easygoing (as well as passionate, sensual and poetic). So it’s only natural that the dance style would emphasize these same qualities. I’ve seen Egyptian style described as the ‘I’m too sexy to exert myself’ style. Although it’s not true of each and every Egyptian performer, it is a great general characterization.

Other notes about Raqs Sharqi

Egyptian style dancers often study some of the following styles:

Things you WON’T see, or won’t see much

Sometimes a Raqs Sharqi dancer wants to evoke the Golden Era or a vintage look. Then she might wear a bra and belt set with lots of fringe and fluffy chiffon skirts (maybe with high slits over the legs) or sleek sarong skirts. A body stocking in a color that matches the skirt is a style made popular by Soheir Zaki and Fifi Abdo and is a popular ‘vintage’ look.

Each related folkloric style has its own associated costume.

Photo of Leila of Cairo by Catherine Barros

Birth of Raqs Sharqi and Golden Age of Cinema

Popular wisdom among the dance community traces this style to Cairo in the 1920s. Here’s the legend:

Cairo in the 1920’s was a hot tourist destination for wealthy Europeans and Arabs. A Lebanese actress/dancer named Badia Masabni opened a club called the Casino Opera where she showcased the exotic and lovely dancers of the Middle East for their visitors from afar.

Baladi dancing was really an art form for close quarters, and putting it onto the big stage to please a discerning audience required a bit…more. The dancers needed to take up more space onstage, the dancing needed to be visible from farther away. So Badia and her dancers drew from ballet and other Western forms, learning to be lighter on their feet for traveling, extending more through the upper body and arms, adding showy moves like spins and armwork to their repertoire of hipwork and isolations.

Costumes became more elaborate and showy as well, with designs that pleased the Orientalist fantasies of the tourists. Badia Masabni is also credited by some sources with bringing Western instruments and new rhythms into Arabic music to create the Raqs Sharqi style orchestral composition (see this article at belly-dance.org for more about Badia’s career and contributions.)

Real life is nearly always more complicated and messy than historic recollection, and it’s unlikely that Raqs Sharqi was born in a single place or that Badia Masabni invented it single-handedly. More likely it evolved gradually from its baladi roots in many locations at once. But several of Badia’s dancers became major stars of the Egptian Golden Era of Cinema, and their beautiful styles and accomplishments were recorded for posterity, so Mme. Masabni and her dancers will be forever linked with the birth of Raqs Sharqi.

Thanks to Jalilah and the Gilded Serpent, we can see actual footage of Badia. You can see that the performance style is as much a reflection of the times as the place.

Here is Tahia Carioca (Tahiyya Karioka and a hundred other spellings), one of Badia’s dancers, in a scene from a Golden Era film. Tahia is famous for her subtle hipwork, ladylike demeanor, and gracious smile.

Samia Gamal might be the most famous of Badia’s dancers.

Not to be confused with the Golden Age of Cinema!(confused yet?)   Between the 1960s and 1980s, there were amazing dancers working in Egypt, beloved by other dancers and by the Egyptian public. Perhaps the most universally beloved dancer of this era, perhaps of all time, is Soheir Zaki, the Sweetheart of Egyptian Dance. Another beloved icon of Egyptian dance is Fifi Abdo. Fifi’s style is generally considered Baladi even when she’s dancing Raqs Sharqi because she never loses her earthiness. No discussion of Egyptian style would be complete without mentioning Fifi. The Princess of Raqs Sharqi, Mona Al Said, mixes sweetness with sensuality.

If Badia Masabni is the mother of Raqs Sharqi, then Mahmoud Reda is surely the father of its modern incarnation. Reda was a founder and the choreographer of the first Egyptian theater dance company ‘The Reda Troupe.‘ Reda and his troupe researched folkloric styles, infused them with stage elements and presented theatrical versions that are avidly studied by dancers around the world. He also created the Melaya Leff dance, a tableau/character dance using a traditional Baladi wrap garment as a prop.Modern Cairo Style

As a film choreographer, Reda was very much influenced by his American contemporaries, like Fred Astaire and Gene Kelly. His Raqs Sharqi choreographies reflect a sort of belly dance-meets-Ginger-Rogers quality.

Reda and Raqia Hassan (who started out as a dancer in Reda’s troupe) have profoundly influenced modern Raqs Sharqi in Egypt and around the world. Their detailed and subtle technique, strong emphasis on musical interpretation, and creative approach to choreography have shaped and refined modern Egyptian style and influenced a whole generation of dancers.

Dina is the most famous of Raqia’s proteges and an innovator in the modern style. People may love or hate her shocking costumes and expressive face, but no one can deny that her technique has influenced modern Cairo style dance in a huge way. Here she is at her quivering heartbreaking best:

Randa Kamal started out looking much like Dina but quickly developed her own powerful style.

Many of the top Egyptian Raqs Sharqi style dancers in the world today aren’t native Egyptian. Orit, for example, is Israeli. Here she’s dancing to a classic song by Egyptian singer Om Kalthoum. Dancing to the emotional and highly revered music of Om Kalthoum is a hallmark of Raqs Sharqi.

Male professional dancers are not common in Egypt in modern times (although many of the top instructors and choreographers are men). But men in Egypt use sharqi style movements in their social dancing and certainly capable of amazing dance. Tito Seif is a native Egyptian male dancer who epitomizes the modern Cairo style.

Ranya Renee has raised the bar on dance videos with her in-depth treatments of each style. Here’s her Modern Egyptian Oriental DVD  and her Taqasim DVD.

The Masters of Egyptian Choreography DVDs go straight to the source, bringing you instruction from dancers who have performed extensively in Cairo. These are aimed at intermediate to advanced students. If you’re not sure where to begin, Randa’s DVD is very popular.

Sahra Saeeda’s Journey Through Egypt workshops are a must-do for Egyptian style dancers. Sahra was a professional dancer in Cairo for many years, but she is also an accomplished dance ethnologist and works tirelessly to preserve and explain all the folkloric dances of Egypt that are the foundations of Oriental style. 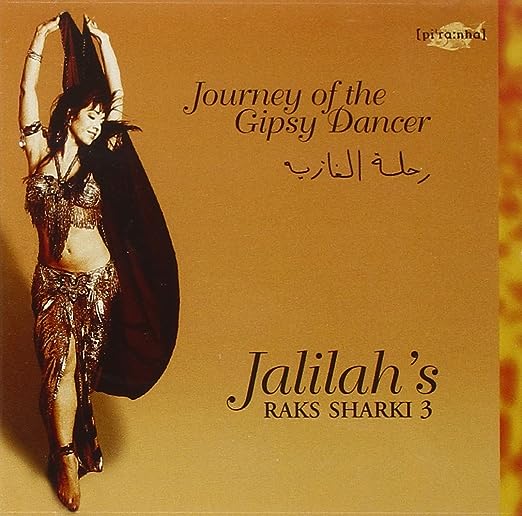 Jalilah’s Raks Sharki CDs contain a wealth of classics for serious Egyptian dance enthusiasts, all performed by full orchestras and arranged for dancers. If you’re not sure where to begin, try her new Stage Cuts CD, which offers hafla-length versions of classic songs in CD or mp3 formats. 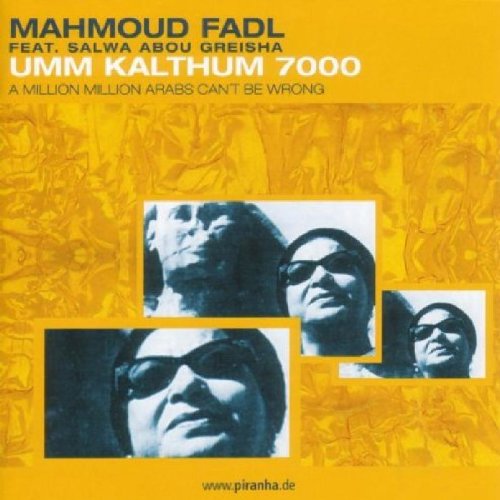 Looking for heartbreaking, tarab-inducing versions of Um Kalthoum’s classics with rich, gorgeous vocals? Mahmoud Fadl’s Umm Kalthum 7000 has been a favorite among dancers for years, although most tracks need to be cut for performance. 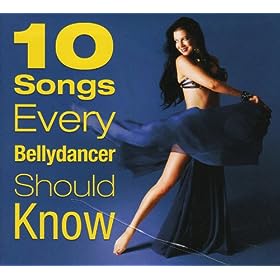 Looking for something livelier? The 10 Songs Every Bellydancer Should Know CD should have been titled 10 songs every Egyptian bellydancer should know.  These are definitely standards, and very danceable.

copyright 2018 by Lauren Zehara Haas for Belly Dance U. If you want to share this article, please do so by providing a link to this page. You’re more than welcome to print yourself a copy, but copying and distributing this article is prohibited.

Book Excerpt: Fire In The Belly: A Memoir of Falafel, Flings, and Shiny Things