As a baby belly dancer, I came across the word “Gypsy” all the time. It’s often used to mean free-spirited, bohemian, or untethered. Don’t want to research and adhere to a specific ethnic style of dance or costuming? You can put together whatever you like and call it “Gypsy,” right?

Many of us have adopted the word from time to time, meaning no harm. To Americans especially, Gypsies can seem like fantasy characters from a children’s storybook. Their culture — and their suffering — are not visible to us. But Romani people (as most of them prefer to be called) are very real. They are nearly invisible in the U.S. because they hide their heritage in order to avoid persecution, but they are here. 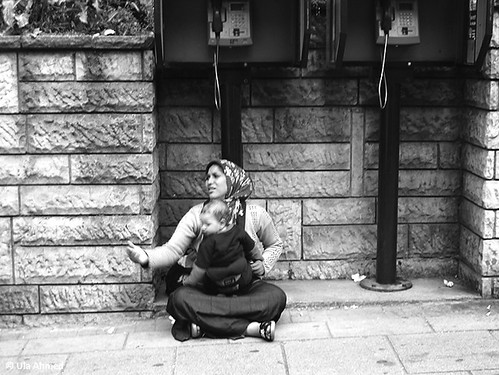 Images of “Gypsies” as freespirited wanderers contribute to the prejudice that makes their lives so difficult. Image via Flickr by Lua Ahmed.

Over a million Romany people were murdered during the Holocaust. In Europe and other parts of the world, they are still being persecuted, driven from their homes, even killed. Cultural researchers often refer to the Romani as “the most persecuted minority in the world.” And when we use the word Gypsy in our dancing, we are often perpetuating the very stereotypes that are causing Romany people to suffer.

I asked Kristin Raeesi, a Romani/Métis researcher and activist who is both a dancer and a Romani rights activist, to fill us in on some of the harmful stereotypes so we can  make better decisions about the way we portray her people. Here is a list of myths and realities from Kristin.

Common Myths About The Romani People (that you probably believe)

Myth: We liked to be called “Gypsy/Gypsies”

Reality: While people use this word to describe many different communities/things, the term as it relates to Roma/Romani people is not preferred. The term “Gypsy” is a misnomer, since the origin of the term dates back to our arrival in Europe; Europeans assumed we were Egyptians and coined this term to describe us. Since we are not Egyptian in origin, many people find that using this term is wrong because it perpetuates misinformation about our origins. Both linguistic and genetic evidence indicate an Indian origin for our people. Furthermore, the term has been used as a racial slur and is loaded with stereotypes, which many of us understandably want to distance ourselves from. The word that many of us prefer is Roma or Romani; a word taken from our own language that means “people”. While there may be differences of opinion within the culture about appropriate terminology, the more respectful term to use is Roma or Romani.

Myth: Being “Gypsy” is a lifestyle choice/we are not real people/it’s just like being a “hippy” 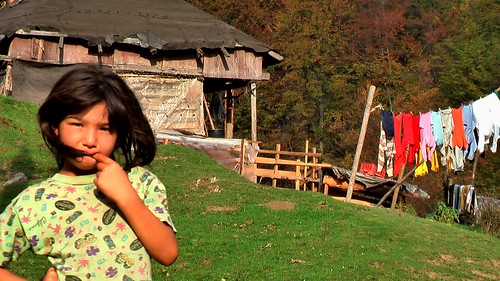 Reality: As stated above, both linguistic and genetic evidence confirm our Indian origins. Our ancestors left India around 1000 A.D. We are a distinct ethnic group with our own language, culture, foods and beliefs. We are currently the largest ethnic minority group in Europe; in the U.S there are an estimated 1-1.5 million Roma. We are real people and one cannot “choose” to be a Romani person; you either have Romani ancestry or you do not.

Reality: These stereotypes have been used to stigmatize and racially profile Romani people for centuries. While it is true that some Romani people practice fortune telling, it also true that many do not; it is not a practice that can be universally applied to all of us at all times. Magic and curses are the stuff of fairytales and should be left there. We are not associated as a people with any particular religion (including Wicca). There are an estimated 12-14 million Romani people worldwide that follow many different religions and some, none at all.

Myth: You can tell someone is Romani by how they look

Reality: Romani people are incredibly diverse genetically, which should come as little surprise given how long and how far flung the diaspora of our people is; all skin, hair and eye colors are represented in our communities. In short, you cannot tell if someone is Romani based on appearance alone.

Myth: We are thieves/liars/cannot be trusted

Reality: Like any community we have the full spectrum of good to bad. However, to characterize our entire community as untrustworthy is deeply insulting. In addition, we would be very happy if phrases such as getting “Gypped” or taking a “Gypsy cab” could be retired as it implies the link between our ethnic group and dishonesty.

Myth: We are all the SAME

Reality: What many people are not aware of is that withIN our communities we are incredibly diverse. Similar to the concept of “tribes/clans/kinship” that exists for Native Americans in the United States, Romani people have complex affiliations and ways to identify based on our overarching group, sub-groups within the main group, our location, the dialect of Romani that we speak (or other associated sub-dialect), our families or working arrangements. Within our communities we are very conscious of our internal identities and associations. Although we are diverse many of us hold core values across groups, such as loyalty to our families and passing on our cultural traditions and values to the next generation.

Myth: We are nomadic

Reality: No. Throughout our history the impetus to move surrounded work opportunities, or was the result of persecution or threat of death—not an innate wanderlust. Packing up and moving an entire family, or extended family is extremely difficult and was not done without a specific reason.

Myth: Romani people are only in Europe

Reality: Today, Romani people can be found on every regularly inhabited continent.

Myth: We are sexually promiscuous 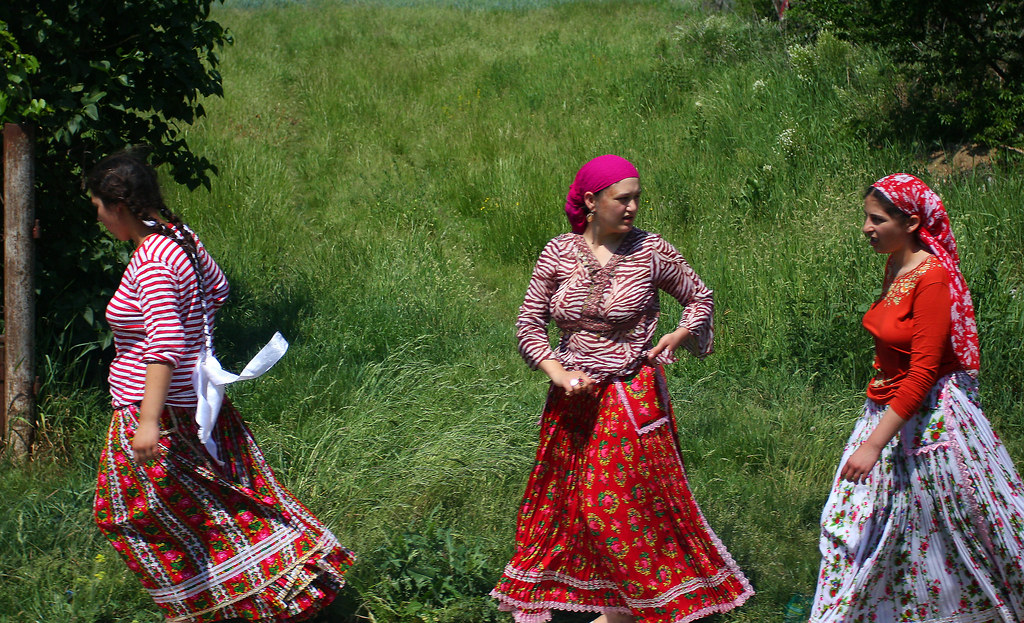 Reality: This unfortunate stereotype has been used and continues to be perpetuated against Romani women. In fact, almost universally Romani groups require strict behavior from young women, and older and married women must also follow culturally appropriate guidelines when in mixed company.

Myth: We are all dancers/musicians/singers

Reality: Although many Romani people love music and dance, and culturally there is not a stigma against the performing arts, we are not all involved in these professions. The vast majority of Roma are engaged in regular occupations, although we are probably not as visible. Due to the continuation of stereotypes, many Romani heritage people choose not to identify as Romani in the workplace, for concerns about how their fellow employees may perceive them, which also decreases our visibility.

Myth: Our lives are characterized by total freedom and a carefree lifestyle

Reality: Don’t we wish! This is far from the case. As mentioned above there are strict rules for behavior for individuals within the community that most outsiders would realize stands in sharp contrast to this stereotype. Not only behavior is regulated but due to our cultural beliefs about cleanliness, luck, etc., there are rules for almost everything from how to dress, how to speak to different people in the community, how to prepare food, how to clean, and on and on.

21 thoughts on “What’s Wrong With Using The Word “Gypsy?””